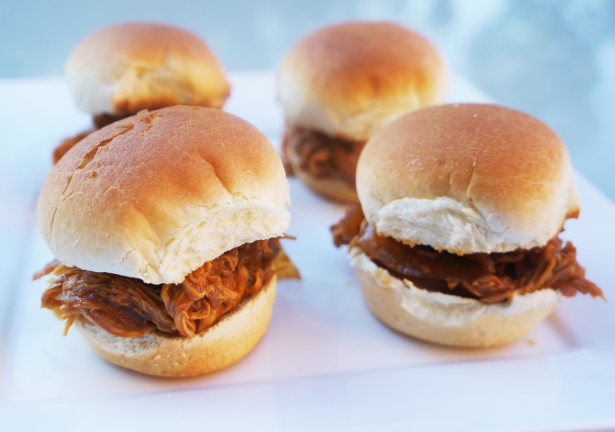 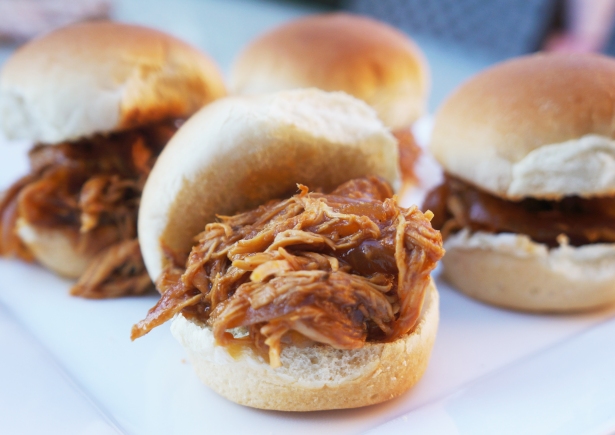 So this past weekend, my hubby and some friends and I went to the CNE, which, for those not from Toronto, is basically our annual state fair. We don’t go for the rides though. Nor do we go for the games. No, we go for the food. You see, the CNE is known for deep fried everything, plus super inventive (And sometimes borderline bizarre) food combinations. For example, this year, we have this very odd dish of pulled pork on red velvet pancakes, drizzled with jack Daniels infused maple syrup. I’m all for weird, but that’s a bit much for even my adventurous palette.

Anyway, aside from the corn dogs, deep fried butter (yes, for real), deep fried Mars bars and Oreo cookies (hellz ya), chocolate-covered bacon (so three years ago), beaver tails (a Canadian fav – basically a flat donut-like pastry shaped like a beaver tail and topped with deliciousness) that we consumed, the hubs had this delicious pulled pork on a bun from one of the food trucks, Hank Daddy’s BBQ. He enjoyed it SO much, he had to kneel down to eat it. No really, check out the pic: 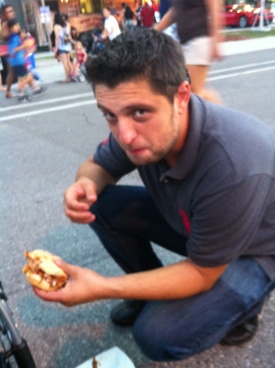 Anyway, since then, I’ve been wanting to recreate the pulled pork Lazygirl style. But, my bubble was burst when I went to the butcher and they had NO pork shoulder. Or butt! So, I decided I was going to try pulled chicken instead. I’ve made pulled chicken, but wasn’t a fan of the BBQ sauce I used. By the way, I’m still on the hunt for the best BBQ sauce so if you have any reccos, please do let me know. (Tonight I used Bull’s-Eye Chicken & Rib Renegade which was good, but I feel like there’s better out there).

Of course, I decided to use my slow cooker for this one. I used fresh chicken breasts, so I only needed to cook them on low for 4 hours. I’m not currently eating bread (an attempt to lose the last of this baby weight – I suck), so I served mine over basmati rice while D’s was piled high on toasted mini slider buns. You can also add cheese, or whatever other toppings you’d like. Here’s the recipe (which, by the way, is another 5-ingredient one-Yay for easy!)

Line the bottom of your slow-cooker with the sliced onions. Place chicken breasts on top of the onion, and season with and salt and pepper. Sprinkle brown sugar and garlic on top of the chicken (you’ll notice I only made three breasts in the photos below because there were only two of us and it was way, way too much). Depending on the size of your bottle of BBQ sauce, you may need to use anywhere from 1/2 the bottle to the full bottle. Pour over the chicken, making sure to coat each breast. Cook on low for 3 hours. After 3 hours, pull the chicken apart with two forks and saturate with the sauce. Cook on low for another hour or so. Serve on toasted slider buns or your favourite rice. Enjoy! 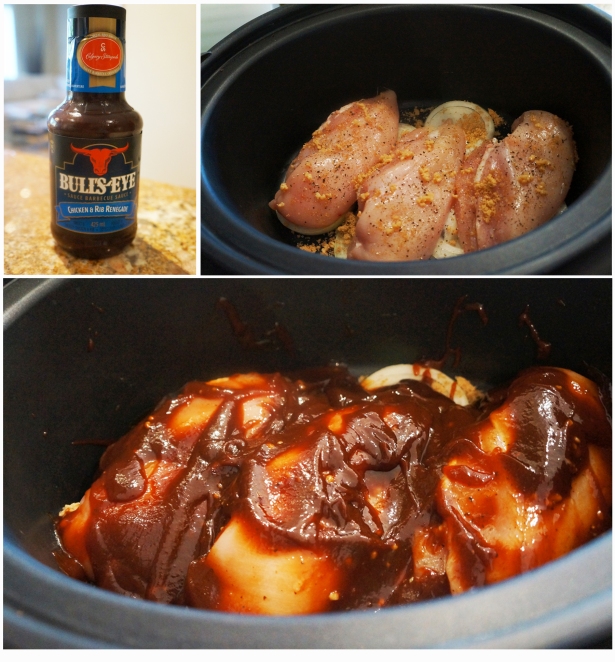